One of the characteristic features of Living Symphonies is its foundational use of spatialisation. Every motif that portrays an organism is mapped over the physical space of the forest that the piece resides within. For static species such as foliage, a motifs is heard in close proximity to the flora that it represents. For moving species — insects, mammals, birds and reptiles — the ecosystem model underpinning the piece causes an individual’s musical elements to move around the space in a realistic manner. The undergrowth teems with the percussion of ants and beetles, the amorphous drones of moss, and the woody groans of fungus.

In terms of software, this spatial dynamism is achieved via a piece of spatialisation software that we have developed through the creation of Living Symphonies. An individual’s position is constantly tracked within the simulation, and relayed to the spatialiser, which determines which speakers it is likely to be heard from based on a map of the location’s infrastructure. We’ve used a simple but effective panning method called Vector-based Amplitude Panning, which uses basic laws of acoustics to figure out how loud a sound source is likely to be from a given location. We intend to release this software into the public domain later in the project, as it is a very useful tool for flexible, position-based panning.

The hardware setup, however, is a little more tricky to test in a studio context. It relies on a set of 24 speakers (here, Bowers and Wilkins AM-1 weatherproof loudspeakers) dispersed in a heterogeneous, 3D array. This means that we need to install a large number of speakers in varying positions, both vertically and horizontally. Not a typical studio setup!

To achieve this, technicians Rob Pell-Walpole and Simon Wheeler have devised us an ingenious solution. They are constructing a physical frame within the studio that allows us to hang speakers at arbitrary heights from a series of metal struts, which will give us a completely versatile and modular speaker system — able to spin, pan and reposition each speaker at will. 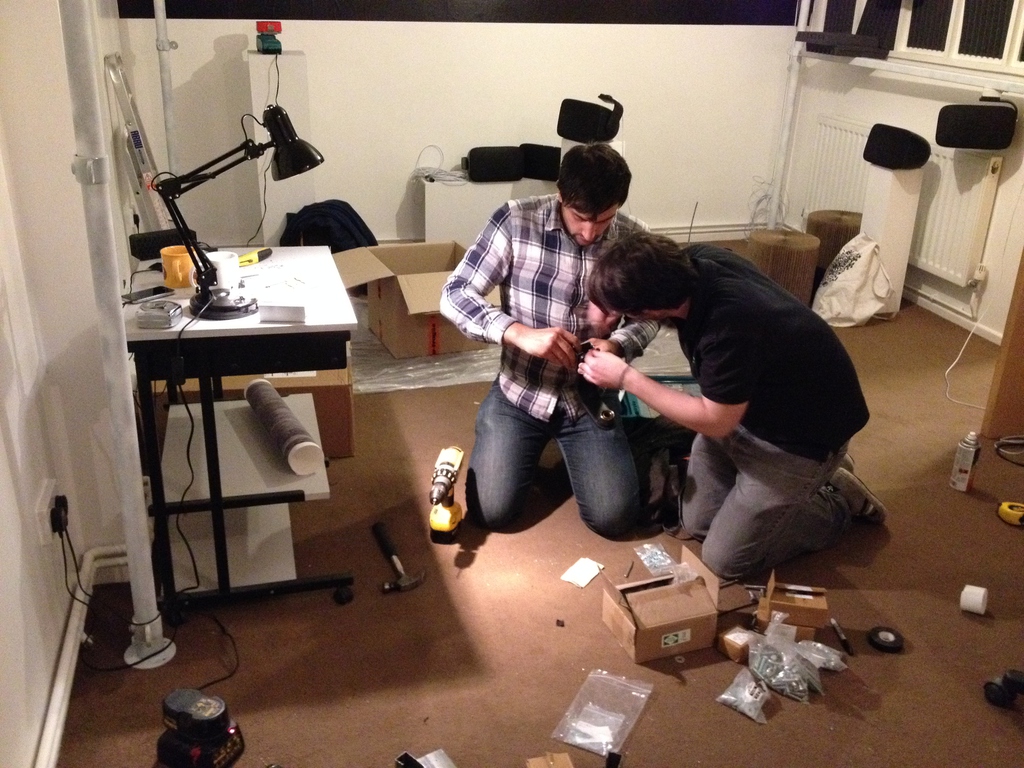 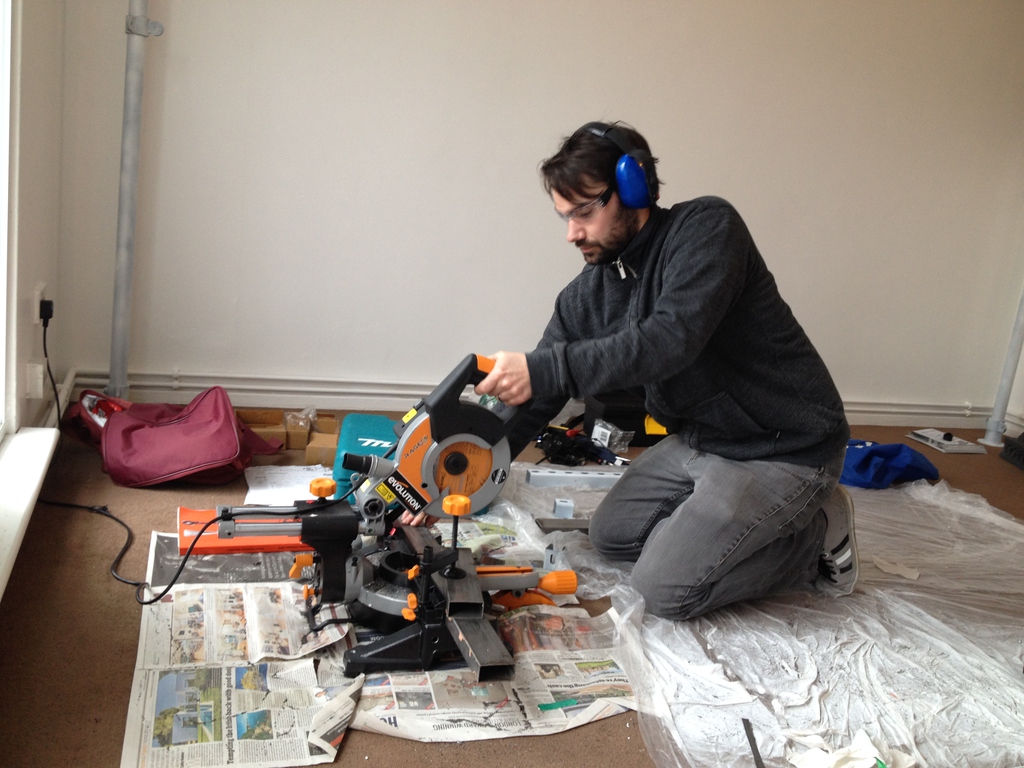 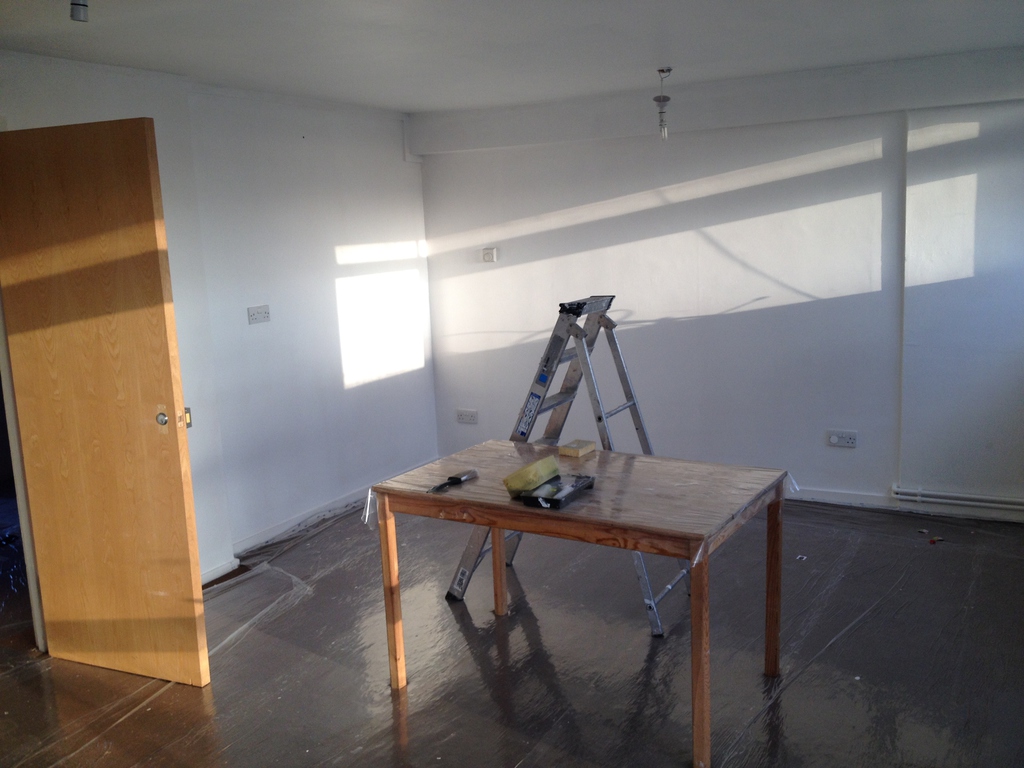 Redecorated in crisp white prior to final frame install 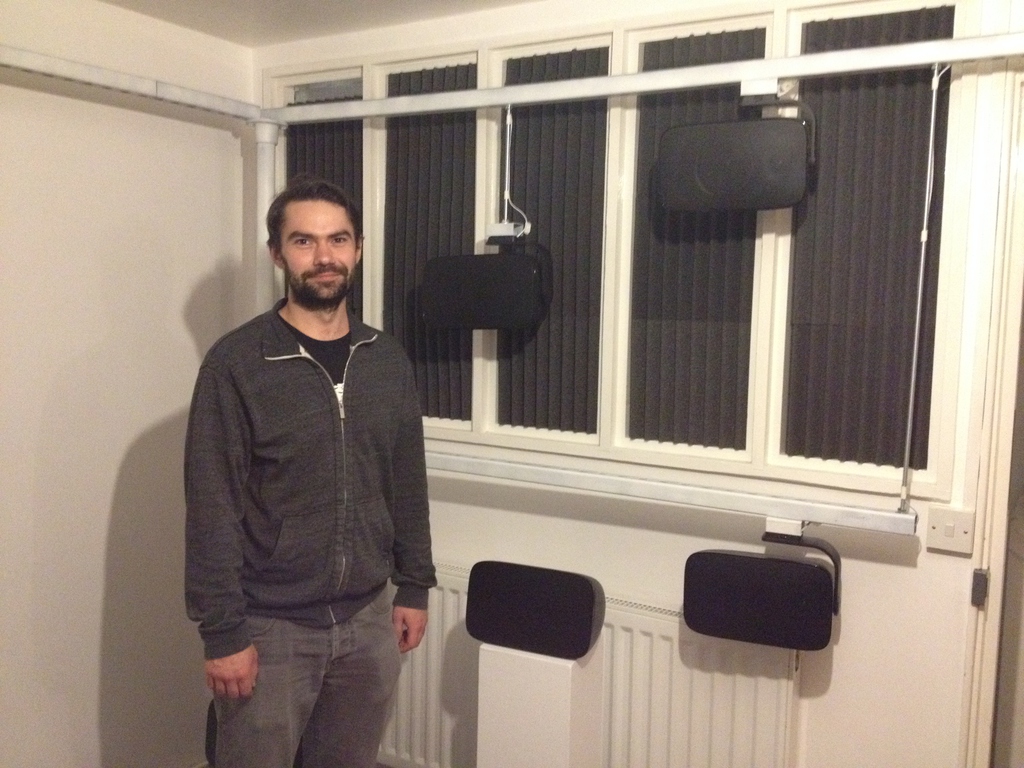 We’re extraordinarily excited to begin the process of listening using the full 3D array, creating a virtual forest of sound within our Brockley studios.